SITELINES is a programme of off-site work curated by South Street, encompassing everything that doesn't fit a traditional theatre space. Find out more about SITELINES

South Street supports the development of new performance work for Reading audiences and beyond. Find out more about our Resident Artists.
Please click here for Important Information regarding COVID-19.

The Box Office phone lines 0118 9606060 are open Mon-Fri 10am-4pm (availability may vary when shows are on)
Please email if you can - boxoffice@reading.gov.uk

For all non-ticketing enquiries please contact the South Street office on 0118 937 3456.

South Street regularly hosts acclaimed artists and companies, supporting them to develop new performance work for Reading audiences and beyond.

South Street has been home to award winning theatre company RedCape Theatre since 2007. In that time they have created, with our support, four highly acclaimed, nationally touring productions. The Idiot Colony (Fringe First & Total Theatre Awards 2008), 1 Beach Road ("A thoughtful, unsettling and beautifully conceived touring show from RedCape Theatre"  Lyn Gardner, The Guardian), Be Brave & Leave For The Unknown ("a fascinating, tender and at times intensely moving exploration of acts of personal bravery"  One Giant Leap) & Thunder Road (“Fun and feisty, a quirky road trip through dreams and friendship... A very entertaining 75 minutes.” British Theatre Guide).

South Street has been very proud to produce a number of shows to date in close collaboration with three hugely talented local theatre makers - Cassie Friend, Ben Sandiford, Sabina Netherclift. The creative team has become a kind of in house company making work mainly for our SITELINES programme strand (work in unusual spaces).

In 2011 South Street produced ‘Labour Exchange’, a theatre show, directed by Sabina Netherclift & RedCape Theatre's Cassie Friend, which promenaded through the venue exploring the building’s history. The show was supported by a grant from Heritage Lottery Funding.

We followed that in December 2013 by making ‘Jacksons Corner’, in collaboration with Benedict Sandiford & Cassie Friend, which paid homage to Jackson's Stores, as it prepared for closure, with an immersive, intimate promenade show in the shop.

The same team then made 'Kaspar' in Januray 2015, set in a yurt inside South Street, which played to a week of sold out audiences.

In July 2016, for Reading's Year of Culture, we explored the history of Reading Football Club with a show set inside the home changing room of the Madejski Stadium called 'The Final Whistle'. The show was so successful it returned by popular demand, for another sold out run, in June 2019 as part of South Street's 30th Anniversary celebrations.

We also made the large-scale 'The Great British Bump Off' in September 2016 in collaboration with The Hexagon, which brought together Agatha Christie and The Great British Bake off (Miss Marple meets Mary Berry!) for a comedy / drama, with support from Warings Bakery.

In the Autumn of 2017, in collaboration with the University of Reading & the Barbados & Friends Association (BAFA), South Street and Benedict Sandiford produced 'Being Gordon Greenidge', celebrating one of the greatest cricketers of all time, his connection to Reading and the Barbados community he came from.

Most recently Benedict, Cassie & Sabina reunited once again, in another South Street SITELINES production, to tell the fascinating - if gruesome - tale of Victorian Baby Farmer, and Reading resident, Amelia Dyer. Titled simply 'Amelia', it played to sold out audiences promenading around Caversham Lock in July 2019.

Poets' Cafe is Reading's longest running poetry platform and is hosted at South Street on the third Friday of every month. The intimate event sees a guest poet read every month alongside an "open mic" for local poets to read in a supportive atmosphere.

Since 2017 we have been collaborating with the University of Reading's Film, Television & Theatre department to seed commission new shows for development in Reading, which gives unique access for students to those companies professional practice. Amongst the artists we are working with at the moment are Jamal Harewood, Sheila Ghelani & Sue Palmer, FANshen, Action Hero & Milk Presents. 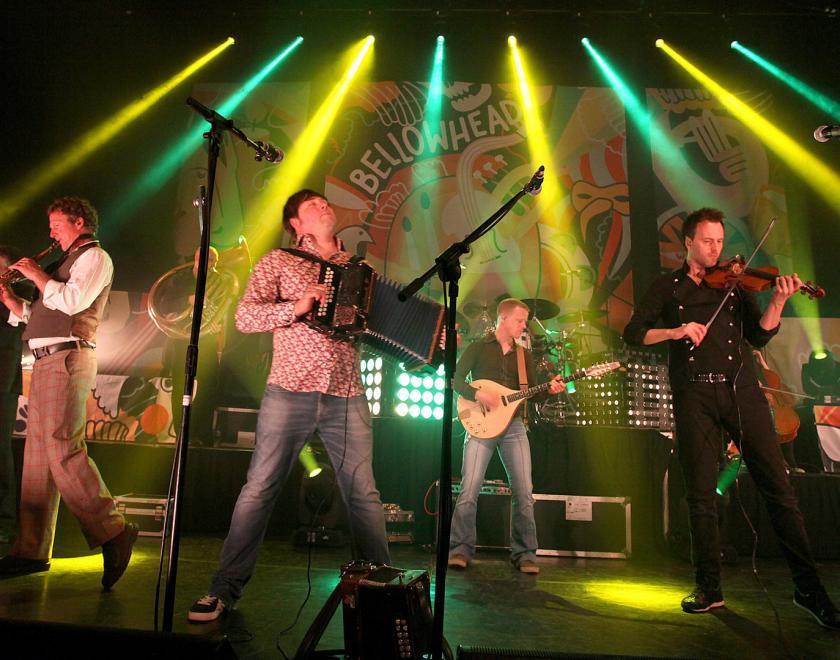 Become a Member and be a part of South Street's exciting future by supporting the venue.