Readipop Festival celebrates its 5th anniversary this Summer and takes place by the banks of the River Thames in Christchurch Meadows (10 mins walk from Reading Station) with its biggest name headline acts to date.

Supporting local talent is a key goal of both Readipop Festival and Readipop’s charity work. This year’s festival sees an exclusive show from Reading reggae collective The Drop plus a special showcase of aspiring local musicians on the Readipop AAA programme. Local artists OSP, Amya-Ray, K.Kayne & Hatty Taylor – who are all signed to Riser, Readipop’s new record label – will all be performing. Also, BBC Introducing in Berkshire will be hosting a takeover on Sunday 10th July and selecting the opening acts on the main stage on Friday 8th and Saturday 9th July.

In addition to the music, attendees can enjoy local real ales and craft beer served by Purple Turtle bars, delicious street food, a record store and Reading’s Indie Urban Market stalls full of festival-friendly arts, crafts and clothes stalls. Kids are also welcomed with free tickets for under 14s (when accompanied by adults) and a family area which includes storytellers, arts & crafts, dance and music workshops. 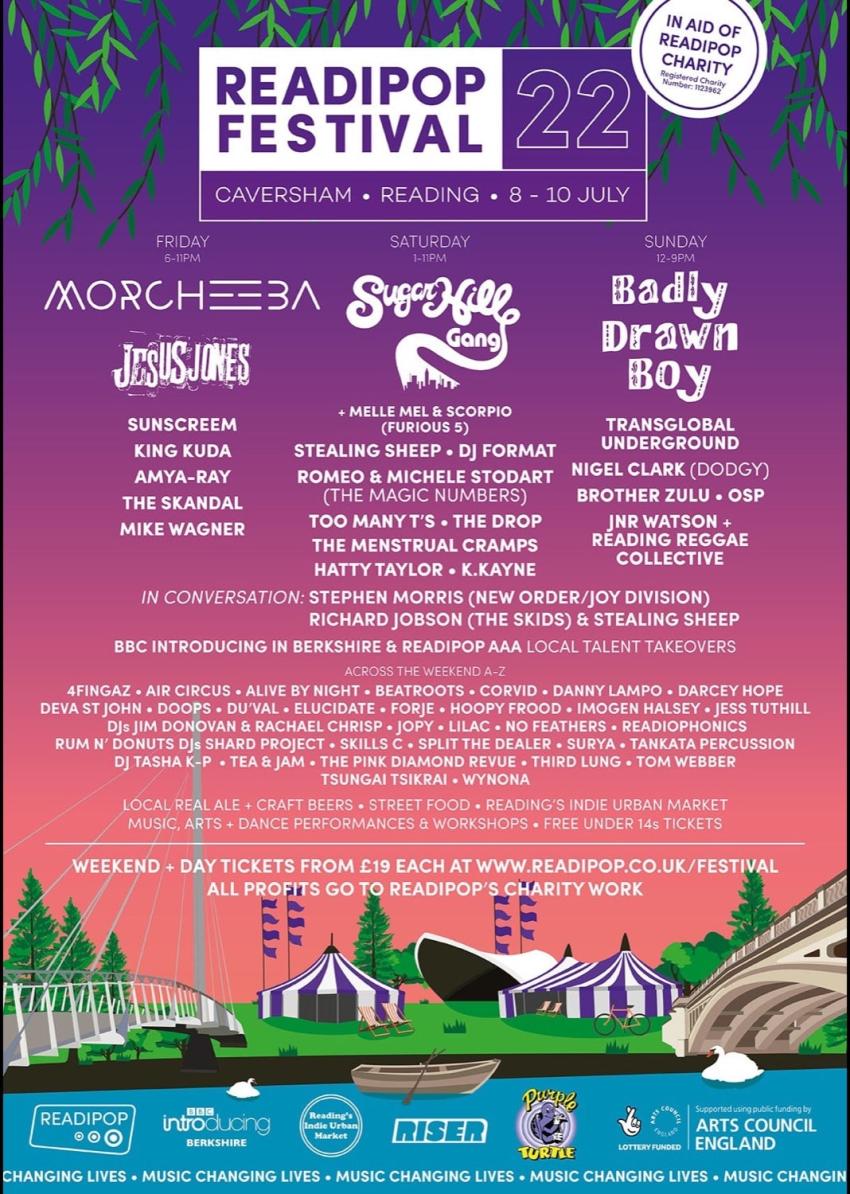