Stand Up Comedy in Reading is back. Mates Rates Comedy is proud to present Comedy at Turtle with Headliner Michael Akadiri.

Please be advised that you will need id to get into The Purple Turtle.

Michael Akadiri is an multi award-winning stand up comedian and junior doctor who has been seen on the ITV2s Stand Up Sketch Show, Channel 4’s Tik Tok, LadBible & BBCs New Comedy Award. His sold out debut Edinburgh Fringe show, No Scrubs was nominated for NextUp’s inaugural Biggest Award in Comedy.

Luke Chilton regularly performs at top comedy venues across London including Banana Cabaret, Up the Creek, the StandUp Club, Angel Comedy (Bill Murray), Downstairs at the King’s Head, Crack Comedy and Vauxhall Comedy Club. He has provided tour support for Bobby Mair, reached the final 10 of BBC New Comedy Award 2019, nominated for Up the Creek: One to Watch 2019 and a NATYS Finalist 2022.

Sam Serrano is a gender fluid, dyspraxic comedian has been taking the circuit by storm. A regular in clubs across the UK Sam’s unique trademark style that is dark and self deprecating in equal measure has seen him become a favourite with bookers. It has also seen Sam provide tour support for Brennan Reece and perform an incredible five solo hour shows at Hot Water Comedy Club, Nottingham Comedy Festival & Leicester Comedy Festival. 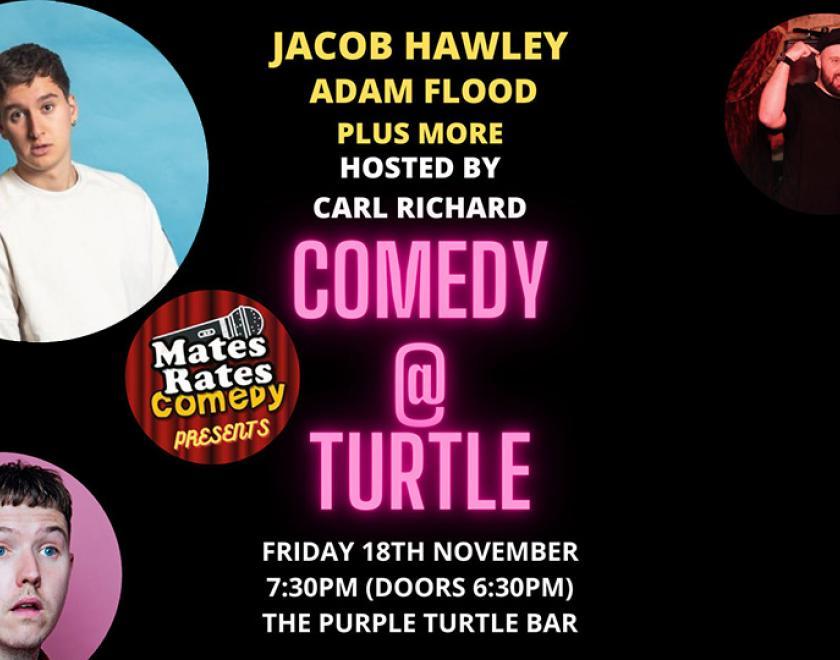