JOHN OTWAY is an English singer-songwriter who has built a sizeable cult audience through extensive touring, a surreal sense of humour and a self-deprecating underdog persona.
From the age of 9, John Otway knew he wanted to be a pop star. But even at that young age, having listened to his sister's Beatles and Stones records, he knew he would never be able to do what they do. However, when his sister got the latest Bob Dylan album, he knew there was a place for him and he set about learning how to play guitar.

A visit to a fortune teller would have a profound effect on the young Otway. After gazing into her crystal ball, she confirmed that Otway would indeed be a star and would have success with a blonde-haired musician. Otway took this prediction very seriously and teamed up with Wild Willy Barrett (the only musician he knew who fitted the fortune teller's description). In 1972, the pair released their first single. Gypsy/Misty Mountain was a dedication to the fortune teller who had assured Otway that fame and stardom was just around the corner. The single would be the first of a string of flops, but it did capture the attention of The Who's Pete Townshend who offered to produce a number of tracks for the duo.

Despite Townshend's involvement, the duo remained on the fringes of the music scene, but continued to gain a live following with their frenetic, raucous and often chaotic performances in the pubs and clubs around the UK. Otway had to wait until 1977 and the rise of punk before his dream of fame and fortune would finally become a reality. Having caught the eye of the producers of the BBC's Old Grey Whistle Test, Otway's performance on that show would grab the attention of the watching audience. Otway, ever the showman, decided to jump on to the amplifier of his colleague during a performance of Bob Lind's Cheryl's Going Home. (Un)fortunately for Otway, he misjudged his leap and sent the amplifier tumbling as he crashed down straddling the box under the amp. The full force of the impact was absorbed by the most tender part of his body, but in doing this one simple act of recklessness and his wanton disregard for his own safety, Otway was the talk of everyone who watched that ev
ening's programme.
Not only did he see a surge in his audiences, sales of Otway's sixth single, the half-spoken love song Really Free increased dramatically and reached number 27 in the UK Singles Chart. An appearance on the BBC's flagship music programme Top of the Pops, where Otway & Barrett were introduced by Elton John later, Otway was finally a star. It would however, be his greatest success for some time.

By 1990, his musical career had flatlined and acting work had all but dried up, Otway tried his hand at writing a book. His autobiography Cor Baby, That's Really Me (subtitled Rock and Roll's Greatest Failure) was an honest, heart-on-sleeve appraisal of his career so far and this study in self-deprecation soon found him climbing his way back to the top as the book quickly outsold all of his albums. First, he teamed up with Attila the Stockbroker touring as Headbutts and Halibuts with whom he wrote a surreal rock opera called Cheryl.

He also teamed up with a talented musician from Harlow called Richard Holgarth. Holgarth soon got to work on putting together a band from a pool of musicians he had worked with in his hometown. In January 1993, the band, featuring Murray Torkildsen, Adam Batterbee and Seymour, played their first gig in the Concorde, Brighton. By the end of the year, Otway celebrated his 2,000th gig with an electrifying performance with his band in a sold out show at London's Astoria. The gig set a record for the most number of people in attendance and the most beer sold at this sadly no more venue. Encouraged by this, Otway looked at bigger and bolder ways in which he could harness this new found success. In 1995, he released the album Premature Adulation, his first album of new material in over ten years and then, in 1998, after a concerted publicity campaign, packed over 4,000 fans into the Royal Albert Hall. The show also saw him re-united with his first ever band The Aylesbury Youth Orche
stra.

Realising he could use his fanbase, Otway began to engage in minor publicity stunts. In 2000, a grassroots campaign saw his Beware of the Flowers Cause I'm Sure They're Going to Get You, Yeah beat the likes of Paul Simon and Bob Dylan in a BBC poll to find the greatest lyrics of all time. Voted in at number seven, Q Magazine declared the result a fix and questioned the integrity of the Otway fans.

By now, Otway had been receiving birthday presents from his ever-loyal fans. Presents included a set of bagpipes, a skateboard and a Theremin. Ever the enthusiast, Otway instantly took to the Theremin - it was the instrument he was seemingly born to play - and he quickly incorporated the instrument into his set. Coming up to his 50th birthday, Otway was asked what he would like to receive. The answer was "a second hit".

The success in the greatest lyrics poll had given Otway and his fans a taste of blood and there was one poll that they all really wanted to crack - the UK Singles Chart. It had been 25 years since Really Free had got to number 27 and many felt it was time for Otway to get a taste of chart glory once more. A concerted drive, including a poll scrutinised by the Electoral Reform Society saw the Barry Upton produced Bunsen Burner (with music sampled from The Trammps' song Disco Inferno and lyrics devised to help his daughter with her chemistry homework) selected as the song for Otway's triumphant return.

To encourage fans to buy more than one copy of the single, he released three different versions including The Hit Mix. The B-Side to this version was a cover of The House of the Rising Sun. The song was recorded at Abbey Road studios and featured over 900 of his fans on backing vocals. Otway credited them all by name on the single's sleeve thus ensuring that many would buy several copies for families and friends as well. On 6 October, prior to his birthday gig at the London Palladium, Otway and his fans gathered outside a pub on Argyl Street to hear the chart countdown. Not knowing if they had been successful, many in the crowd feared the worst as number 10 was read out as Girls Aloud. Stood on a barrel, holding a transistor radio, Otway celebrated with the crowd as Bunsen Burner was announced at number nine. After 25 years, Otway was back in the charts and back on Top of the Pops. He was also finally able to release his Greatest Hits album. Commenting on the fact that the ti
tle of this album is now in the plural, Otway was justifiably very proud of it for having

Not satisfied with having two hits, Otway's next scheme would see him plan an ambitious world tour for 2006. He proposed hiring his own jet to take his band, 300 of his fans and some special guests to some of the most prestigious venues around the world. The lure of seeing their hero in places like Carnegie Hall and Sydney Opera House saw encouraging numbers signing up to join Otway on his trip, but after the initial enthusiasm rescinded, only 150 signed up and the tour was cancelled as the cost of the plane spiralled.

Despite the failure of the world tour, Otway is still touring in various formats. In 2009, he was re-united with Wild Willy Barrett for The Incompatible Otway and Barrett UK tour, the duo now perform together regularly and even recorded a new album in 2011 called 40-Odd Years of Otway and Barrett consisting of re-workings of old songs and a new, previously unrecorded song The Snowflake Effect. Otway also tours as a solo act; as a duo with Richard Holgarth; and often with his band. He regularly performs Glastonbury Festival and has been a stalwart of the Edinburgh Fringe - most recently appearing in Peter Buckley Hill's Free Fringe.

In 2010, Otway published his second autobiography. Also subtitled Rock and Roll's Greatest Failure, I Did it Otway was another humorous look back at the years that followed on from Cor Baby That's Really Me.

In order to celebrate his 60th birthday in 2012, Otway booked the Odeon Leicester Square to show the documentary of his life. Titled Rock and Roll's Greatest Failure: Otway the Movie, the sell out screening saw cinematic history made with the final scenes of the movie being filmed from the red carpet on the morning of the film. The film was funded by fans becoming producers who, as with the Hit campaign, were all individually credited in the movie credits. Following the success of the producers' premiere, 2013 has seen Otway take the completed movie to the Cannes Film Festival and it has been screened in cinemas throughout the country. Unlike his albums, the film has been critically acclaimed - receiving a four star review from The Guardian newspaper - and has been put forward for several BAFTAs including "British Outstanding Debut" 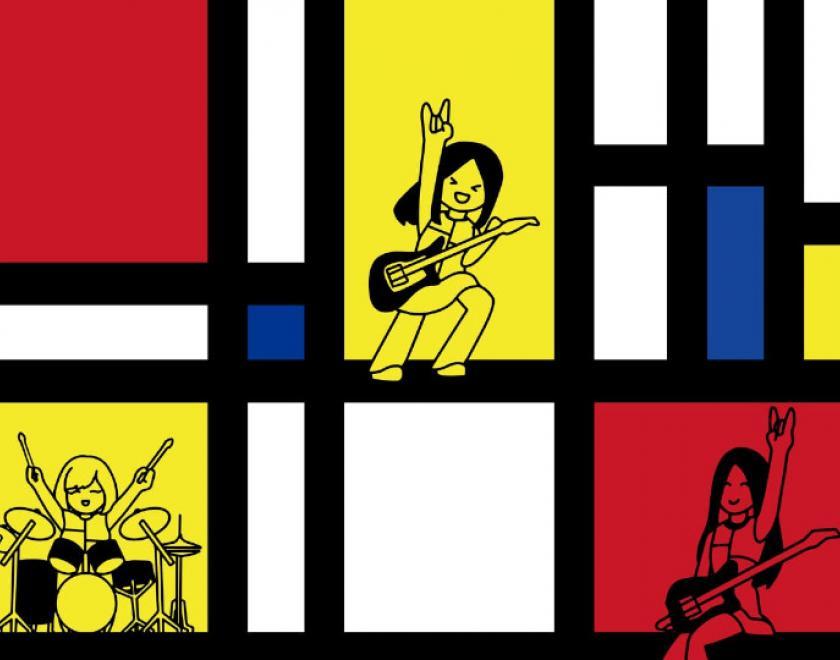